We’re all stewards of something. Whether it’s our job, our home, our mode of transportation, or our finances, all of us can point to parts of life that were delegated or entrusted to us by someone “higher up the chain.”

That’s the basic meaning of stewardship: taking care of something that may or may not belong to you. In a technical sense, stewardship is “the careful and responsible management of something entrusted to one’s care” (Merriam-Webster). In the area of climate wellness, you might think of stewardship as taking care of the earth and its natural resources, particularly the land. And you might be tempted to assume that this role has been exclusively entrusted to a few key players: farmers, ranchers, energy companies, agribusiness conglomerates, governments, and the like. But the reality is we all have a role to play when it comes to “carefully and responsibly managing” the land.

To begin with, land stewardship affects all of us, and so it should matter to—and be a priority for—all of us. You don’t have to be a wheat farmer or a cattle rancher to feel the effects of land stewardship, whether positive or negative. Consider modern debates about pollution and climate change. Wherever you stand on how to address and curb those issues, many professionals in relevant industries agree that improving soil health (no doubt a component of land stewardship) reduces the total volume of carbon in the atmosphere by “sinking” carbon in the ground, also called “carbon sequestration.” Simply put, if there’s more carbon in the soil, there’s less carbon in the air. And if that’s true, then we should all be looking for ways to partner with landowners, non-profits, and governments to promote this process. Even if we won’t directly experience the benefits of proper land stewardship ourselves, this movement is critical for future generations—our children, and their children, and so on.

There’s a spiritual impetus as well. For those who ascribe to a Judeo-Christian worldview, the scriptures are pointedly instructive on matters of stewardship, and specifically land stewardship. In the first creation account, for example, God places humans on the earth to partner with Him in managing and stewarding the land and the wildlife—in a phrase, to “be fruitful and multiply” on the earth (see Gen. 1:26-30). Likewise, in the second account, God plants a garden in the desert and commissions humans to “till it and keep it” (see Gen. 2:4-15). The wisdom of the Torah suggests, moreover, that part of land stewardship is ensuring plenty for others, since God repeatedly instructed the Israelites to leave the “edges” of their fields for other people, namely the poor, the foreigner, the widow, and the orphan (see, e.g., Lev. 19:9-10, 23:22; Deut. 24:19-22). So, even though we can’t expect to get it right every time, land stewardship is a crucial function for everyone who bears the divine image (all of us).

The teachings of Jesus similarly evidence that responsible and productive stewardship is part of our common calling as people of faith. Take the parable of the talents, for instance. A master leaves investments with three servants. The two servants who work to double the master’s investment are commended and deemed “good and trustworthy,” while the servant who fearfully buries the master’s investment is dubbed “wicked and lazy” (see Matt. 24:14-30). The lesson here, of course, is that we will (both literally and figuratively) reap what we sow (see Gal. 6:7-10). As “People of the Book,” then, we must be active and diligent in the land stewardship arena.

Even so, that nagging temptation to doubt lingers. After all, isn’t land stewardship work reserved for folks who actually own land, or for the governments who regulate it? Maybe not. Sure, we could all go on griping that “they” aren’t doing enough to take care of the environment. We could all moan and groan that environmental investment dollars are just earmarked for protests and lobbying. And we could all resign ourselves to sorting the trash, eating vegan, and crossing our fingers that those approaches will be enough. Or instead, we could actually be the change.

Enter a nonprofit called Synergy for Ecological Solutions. Synergy has developed a charitable giving platform—known as the YOU360 program—that will connect your dollars to flesh-and-blood owners of open land who are involved with the “on the ground” work of land stewardship. And with the help and expertise of the Carbon Asset Network—a for-profit outfit that distributes Synergy’s funds to qualifying landowners of all stripes—your donations will go toward increasing the availability of emerging practices and equipment that bolster soil health and therefore boost overall climate wellness. In short, you can sponsor the change we all want to see. Or as Synergy puts it: you, the Change Agent, are “the solution to climate wellness through soil health.”

Let’s not overlook this chance to get some skin in the game. By partnering with Synergy, we can take an intentional step toward land stewardship, live into our divine role of caring for God’s good earth, and preserve nature’s resources for those who come after us. 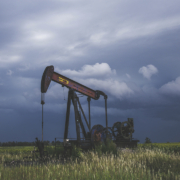 We Must Fix the Problem 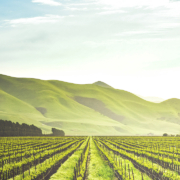 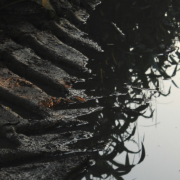 We Can Make It ‘Rain’
0 replies

Want to join the discussion?
Feel free to contribute!

The Beast is Back!
Scroll to top